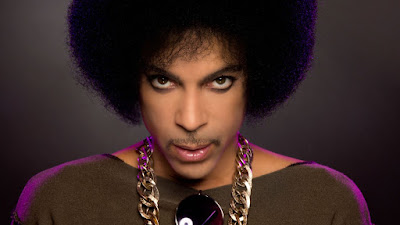 The GroovaLottos and the entire Song Keepers family mourn the loss of Prince Roger Nelson, best known as PRINCE. Prince’s body was discovered inside his Minnesota home on Thursday, April 21,  little is known about his cause of death, aside from the reports that he had been battling an illness for weeks beforehand. Prince cancelled a pair of concerts in Atlanta earlier this month, citing the flu. A week later, his private jet had to make an emergency landing in Moline Ill., when he fell ill.

Prince was born in Minneapolis, Minnesota, the son of Mattie Della (Shaw) and John Lewis Nelson. His parents were both African-American and his family ancestry is centered in Louisiana, with all four of his grandparents hailing from that state. Prince's father was a pianist and songwriter and his mother was a jazz singer. Prince was named after his father, whose stage name was Prince Rogers, and who performed with a jazz group called the Prince Rogers Trio. In a 1991 interview with A Current Affair, Prince's father said, "I named my son Prince because I wanted him to do everything I wanted to do". Prince's childhood nickname was Skipper.
In a PBS interview, Prince told Tavis Smiley that he was "born epileptic" and "used to have seizures" when he was young. During the interview, he also said: "My mother told me one day I walked in to her and said, 'Mom, I'm not going to be sick anymore,' and she said, 'Why?' and I said, 'Because an angel told me so'."
Prince's sister Tika Evene (usually called Tyka) was born in 1960. Both siblings developed a keen interest in music, and this was encouraged by their father. Prince wrote his first tune, "Funk Machine", on his father's piano when he was seven. When Prince was ten years old, his parents separated. Prince constantly switched homes following the separation, sometimes living with his father and sometimes with his mother and stepfather. Finally, he moved into the home of neighbors named the Andersons and befriended their son Andre Anderson, who later became known as André Cymone.
Prince and Anderson joined Prince's cousin Charles Smith in a band called Grand Central while they were attending Minneapolis's Central High School. Smith was later replaced by Morris Day on the drums. Prince played piano and guitar for the band, which performed at clubs and parties in the Minneapolis area. Grand Central later changed its name to Champagne and started playing original music influenced by Sly and the Family Stone, James Brown, Earth, Wind & Fire, Miles Davis, George Clinton and Parliament-Funkadelic, Carlos Santana, Jimi Hendrix, and Todd Rundgren. Rock critics have noted similarities between Prince's later androgynous look, music and vocal style and that of Little Richard.
Prince also played basketball in high school, and continued to play it for recreation as an adult, which later inspired a famous Dave Chappelle sketch.

In 1975, Pepe Willie, the husband of Prince's cousin, Shauntel, formed the band 94 East with Marcy Ingvoldstad and Kristie Lazenberry. Willie hired André Cymone and Prince to record tracks with 94 East. Those songs were written by Willie and Prince contributed guitar tracks. Prince also co-wrote, with Willie, the 94 East song, "Just Another Sucker". The band recorded tracks which later became the album Minneapolis Genius – The Historic 1977 Recordings. Prince also recorded, but never released, a song written by Willie, "If You See Me" (also known as, "Do Yourself a Favor"). In 1995, Willie released the album 94 East featuring Prince, Symbolic Beginning, which included original recordings by Prince and Cymone.
In 1976, Prince created a demo tape with producer Chris Moon in Moon's Minneapolis studio. Unable to secure a recording contract, Moon brought the tape to Owen Husney, a Minneapolis businessman. Husney signed Prince, at the age of 17, to a management contract and helped Prince create a demo recording at Sound 80 Studios in Minneapolis using producer/engineer David Z. The demo recording, along with a press kit produced at Husney's ad agency, resulted in interest from several record companies including Warner Bros. Records, A&M Records, and Columbia Records.
With the help of Husney, Prince signed a recording contract with Warner Bros.. The record company agreed to give Prince creative control for three albums and ownership of the publishing rights.Husney and Prince then left Minneapolis and moved to Sausalito, California where Prince's first album, For You, was recorded at Record Plant Studios. Subsequently, the album was mixed in Los Angeles and released on April 7, 1978. According to the For You album notes, Prince produced, arranged, composed and played all 27 instruments on the recording. The album was written and performed by Prince, except for the song "Soft and Wet" which had lyrics co-written by Moon. The cost of recording the album was twice Prince's initial advance. Prince used the Prince's Music Co. to publish his songs. "Soft and Wet" reached No. 12 on the Hot Soul Singles chart and No. 92 on the Billboard Hot 100. The song "Just as Long as We're Together" reached No. 91 on the Hot Soul Singles chart.