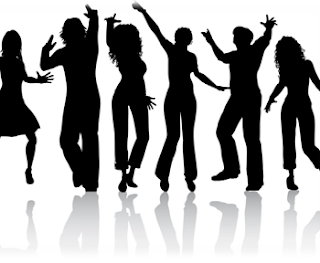 “Something To Step To…” is an evening for the Steppers Movement in Boston, offering an injection of live soul-funk by The GROOVALOTTOS.

DORCHESTER – “Something To Step To…” is a live musical event of dance music by Afro-Native
funk band, The GROOVALOTTOS; taking place on Saturday, August 31, 2013 at Biff’s Lounge, 24 Washington Street (Downstairs), Dorchester, MA. Doors open at 7 PM.

Steppin’, also called “Chicago Steppin’” is a dance form that grew out of Black ballroom dance culture of the 1950s found in primarily in Chicago, as well as Washington DC, Detroit, Los Angeles, and New York. Giving rise to the hustle movement of the 1970’s and is a growing movement throughout the country; locally curated by the organization Steppin’ In The Bean.

Formed by veteran Motown session player, James Wolf in 2009, The GROOVALOTTOS is a band that offers a blend of soul, funk and blues that they call ‘NDN Soul-Funk’. They have been pulling fans to the dance floor since their public premiere in 2011. While working on their first album the band has had a busy and colorful summer, including playing for break dancers and MCs at a community festival in Providence, and fresh from headlining at the NDN Soul Festival on Cape Cod. On August 31, they bring their sound and style to the Steppers, Groovers and Soulsters of Boston.

The GROOVALOTTOS are an Afro- Native band who’s members are from the Wampanoag, Cherokee and Choctaw communities. Aside from performances, the band also offers workshops, clinics and residencies to schools and community- based music programs. They are part of the New England State Touring program under NEFA. For more information, visit them at www.thegroovalottos.com.
No comments:

The GROOVALOTTOS Bring Boston Something To Step To 8/31

A Call to All Steppers, Groovers and Movers!!!

SOMETHING TO STEP TO... 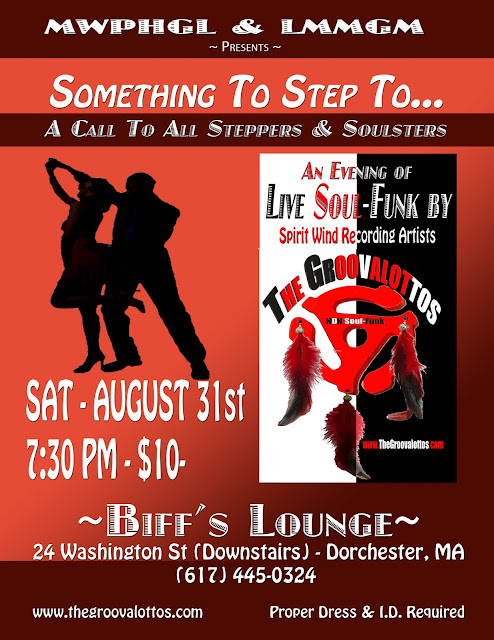 What is NDN Soul-Funk? #NDNSoulFUNK

When a band fully embraces it's musical and cultural heritage, it is both a beautiful and powerful thing. The core membership of The GROOVALOTTOS is Wampanoag, Cherokee, and Choctaw. Two of these indigenous communities are from the birth-places of the blues, jazz and soul; so it's a no brainer that the bands music would reflect this.

Calling their sound NDN Soul-Funk is the bands way to pay tribute to an under-recognized link between native and Black music in America. Introducing the hash-tag "#NDNSoulFunk" has been instrumental in raising awareness of the band and the Afro-Native musical forms.

The keyboardist and co-vocalist ofThe GROOVALOTTOS, Mwalim DaPhunkeeProfessor is also a noted musicologist who has done ample research into the Native American roots and contribution to these music forms in an effort to fill in for previous musicologist work by others who were unable to identify the non- African elements of the blues.

As Mwalim explains, "finding the full story of the roots helps you to explore and investigates different ways to approach and experiment with the music. America is a country that, at it' roots is so obsessed with race, white supremacy and compartmentalization that it is easy for the best and brightest to over-look the interactions of ethnic groups without white influence."

The GROOVALOTTOS are currently gearing up for a string of gigs and a mini-tour as well as finishing their premiere album.
No comments: